Emancipation Day: A Celebration of Freedom

Juneteenth is the oldest known celebration to commemorate the end of slavery in the US. However, most Americans, including many African Americans, were not familiar with Juneteenth until it received national media attention in 2020, following the tragic death of George Floyd and nationwide social justice movements that prompted greater awareness about Black and African American experiences.

Though the Emancipation Proclamation was signed on January 1, 1863, many African Americans were still being held in bondage. It was not until Union soldiers, led by Major General Gordon Granger, arrived in Galveston, Texas on June 19, 1865 that the last enslaved African Americans were declared free by General Order No. 3. Read more about the Historical Legacy of Juneteenth from the National Museum of African American History and Culture.

Juneteenth celebrations may have begun in Texas but they soon spread to neighboring states and throughout the nation. It became a state holiday in Texas in 1979, and is observed as an official holiday in many other states. Check out the TSHA Texas State Historical Association website for more about the history of Juneteenth in Texas.

Celebrations can range from parades to prayer services, and political rallies to festive barbeque events, complete with red soda water. There are an abundance of recipes online, like Food52’s 68 Recipes from Black Creators to Celebrate Juneteenth.

A C Bilbrew Library has hosted Juneteenth celebrations for 15 years, including storytelling, art activities, and an opportunity to reflect on the history of Juneteenth and celebrate the lives and sacrifices of our ancestors. This year, we’re celebrating virtually—register below.

Want to learn more? Continue exploring on the Juneteenth World Wide Celebration website, which aims to inspire and support the recognition and tradition of Juneteenth. Here you can read, comment, and reflect, as well as find out about celebrations around the nation and the world.

Monday, June 13, 5:30 – 6:30 pm
Trailblazers in Conversation with Supervisor Holly J. Mitchell
Join Supervisor Holly J. Mitchell and Library Director Skye Patrick for a special Juneteenth edition of Trailblazers in Conversation. Enjoy an informative and engaging conversation about racial justice and LA County’s efforts to build back equitably after the pandemic. This event will be held virtually on Cisco Webex. For all ages.
Register here. 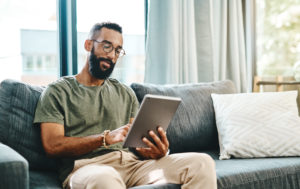 Senses of Freedom: The Taste, Sound, and Experience of an African American Celebration