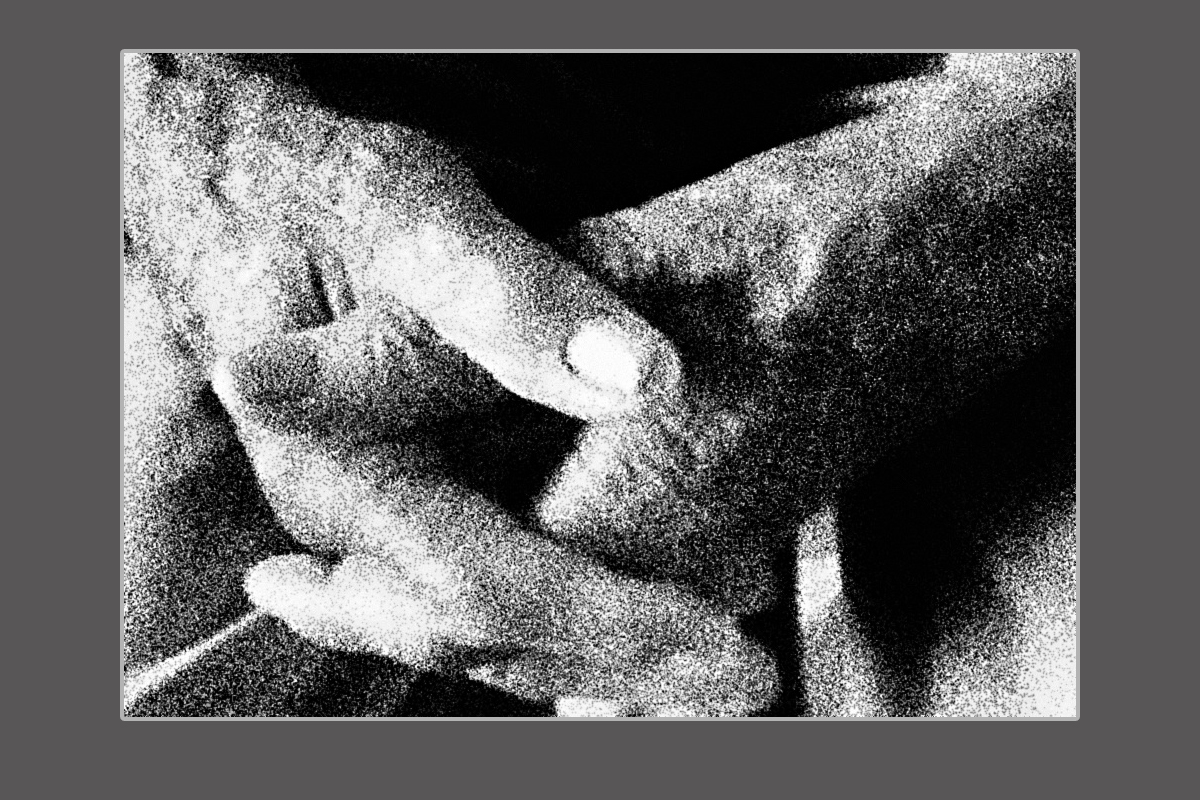 Don Luis tucked his work contract into a small bag and boarded a bus at the U.S-Mexico border near Texas. It would be a long trip to Nebraska – a place closer to the Canadian border, a rancher’s representative warned the men on board. But to Don Luis, distance didn’t matter. Work meant dollars. Dollars meant a letter and gifts to send home. So he slumped in his seat as the bus rumbled north.

They traversed state lines, stopped at roadside barracks overnight. The men opened their daily brown sack lunches. Don Luis pulled out a cold bologna sandwich with yellow sliced cheese. The pink meat slithered in his mouth. He bit into the dry cheese, so unlike the Mexican queso fresco that wet his tongue and dissolved easily. But it satiated him until they arrived at the camp and the mess hall for a hot meal.

Like the one he had enjoyed upon his arrival in Salt Lake City, Utah that snowy winter of 1945. At sunrise, he and the men had lined up at the mess hall for eggs, oatmeal, and an apple before heading to the railroad tracks. They were war-time braceros then, contracted Mexican workers brought to the U.S.

The war had long ended, but the work contracts continued for men with brazos, strong arms, and hands to harvest the fields. At the bracero processing center, they’d spread their hands on a table as officials probed for calluses and pointed towards departing buses.

At week’s end, the bus was chugging across Nebraska. It skidded off the road into a small ranch dotted with shacks. Don Luis grabbed his small bag and stepped off. A cold gust wind slapped his face and howled in his ears. The rancher’s overseer led Don Luis and three braceros to a ramshackle house. He opened the door to a room, cold and bare, except for a small stove, matches, cooking utensils, and a row of cots draped with blankets and pillows. They’d be going into town to buy groceries, he explained. “Bring your bracero papers,” he added.

The rancher’s overseer drove them into town. At a small store stocked with cans and bottles labeled in English, they reached for familiar items – rice, beans, and eggs. At the counter, they drew their bracero papers. The grocer scrutinized the documents, jotted down numbers, and bagged their groceries. No money passed hands.

That evening, Don Luis and the men huddled near the warm stove. One paisano boiled beans in a pot, while Don Luis stirred rice. The warm meal filled their stomachs.

That night, Don Luis rested on the cot as the wind wailed.

He awoke at 4:00 a.m., lit the stove and cracked eggs over a frying pan. After breakfast, he and the men headed out the door. The rancher’s overseer handed each of them a small handled tool, curved at the top. Don Luis turned the object around in his hand. He’d harvested crops in the Mexican countryside all his life, but never used such an instrument.

The beet and asparagus fields stretched out across the land. “Work those acres,” the overseer said, pointing to a marked section. They were to treat the crops gently to minimize damage. The short-handled hoe, el cortito, would come in handy.

Don Luis bent his knees, arched his back, and angled the hoe carefully to the ground. He removed weeds, cleared the soil, and circled the fields, row by row. He topped beets and thinned asparagus, until the sky turned gray. A frosty wind pelted his back. At day’s end, he and the men struggled to straighten. They moaned back to camp and their beds that night.

As they labored for days and weeks, Don Luis and the men awaited their check. But it never came. He and his buddies hankered to leave. They fished into their pockets for bus fare, but nothing turned up.

Here, things had been different from the start. They had been contracted by the rancher, not the U.S. government, as they had during the war. Here, there was no mess hall or foreman. Perhaps pay would come later.

So Don Luis and his buddies rose at 4:00 a.m., hoe in hand. Don Luis stooped to the ground, his chin nearly touching the soil. The asparagus grew several inches overnight. He sliced it and gathered the fistful of green spears that fell to the ground.

One afternoon, a dark cloud circled overhead. The men hobbled back to camp, chased by a whirl of wind. Dust clouds ripped through the ranch, then streaks of lightning and thunder. Inside, Don Luis looked out a window. In the distance, sheds that were tethered with wire swayed in the wind and were nearly yanked off the ground.

That night, thunder and rain shook the floor and cots. Don Luis tossed in bed. His waist and back ached. He longed to write a letter to his wife, as he’d done in Utah. He’d begin with: Aquí mando dinero para la familia. Here is some money for our family. But the pay hadn’t come.

His mind drifted home to scant food on the table, and la aguanieve, sleet, that would drop on the village. And to the warm coats the family would go without. He shuddered.

Weeks passed. Be careful to not damage the crops, the overseer reminded them. On weekends, they bought groceries in town, presented their bracero papers. No cash changed hands.

On a cold and blustery day, the rancher’s overseer stormed into the bracero camp. “Get your stuff together,” he said. In two days, he’d be here early in the morning to pick them up and take them back to the office, where braceros were dropped off.

At sunrise on the third day, the man arrived. “Let’s go. Get on the truck.” Don Luis looked at the cots, the stove, and empty floor. There were no green metal suitcases to pack, or cardboard boxes to fill with gifts. Just the clothes on their backs, the same bags they’d carried on the bus. A searing pain shot through his back and waist as he walked out.

They hopped onto the truck. Tires kicked up dirt and dust. Don Luis stared at the cultivated fields, the ramshackle house sitting empty on a Nebraska prairie: property of a rancher whose face he never saw.

The truck pulled into town. Don Luis and the men climbed out.

“In there,” the overseer said, pointing to the office. “You’ll arrange for pay there.” He sped off in his truck.

Don Luis and the men walked into the office, scanning the desk for signs of a check issued in their names.

“We’re leaving to Mexico,” Don Luis said to an official. He looked squarely into his eyes. “We worked months and received no pay,” he said.

“Where did you work?”

They described the ranch, the beet and asparagus fields.

They described the rancher’s overseer.

At the desk, the official scribbled on paper.

“And our pay?” a fellow bracero protested. The official asked for their names but offered no explanation or pay.

Don Luis and the men looked out at buses stationed outside, braceros lined up for boarding. And in the other direction, at the Nebraska town filled with strangers, save for the grocer who knew them only by their numbers. Here, they knew no one.

Outside, buses started. It would get them halfway home, back to the border bracero processing center, where they could plead their case. They lined up for boarding.

Don Luis slumped into a seat, empty-handed, save for coarse skin jutting from his thumb and forefinger where he’d cradled the short-handled hoe. Go on, the inspector had said two months ago when he’d placed his hands, palms up, on the desk to reveal his calluses.

The bus sped off, past the office, the fields, the shacks that were nearly ripped off the land by the wind. Hours later, a brown sack lunch landed in his hands.

If the rains didn’t yield a bountiful crop back home, he’d return to El Norte, display his hands and wait for an official’s nod. And if the pay from Nebraska hadn’t arrived, he’d recoup it somehow.